Google launched their Merchant Promotions feature to retailers about two years ago.  This program allowed merchants to show promotional items next to their Product Listing Ads within both the Google Search and Google Shopping results.  The idea was to help improve click through rates, and promote improved sales for the advertisers.

You can see a sample of this type of marketing promotion here (provided by Google): 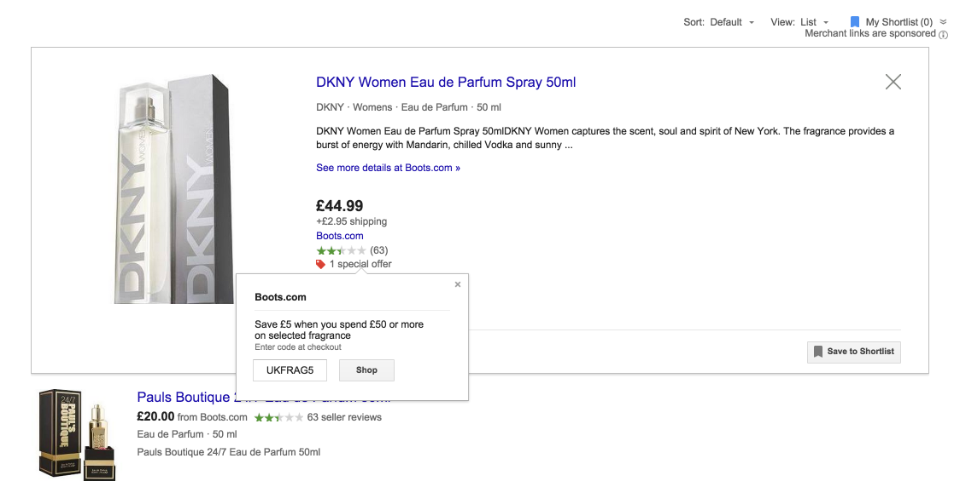 According to responses from advertisers, and independent research by Google, it appears that this feature has worked very well for many of the largest advertisers.  One example provided by Google was from the Venus razor.  They reported that their click through rate went up by seven percent after using the program.  The conversion rate went up by two percent, and their overall cost per click went down by eleven percent.  These are all quite impressive numbers.

Due to the success, Google is launching this feature to marketers in the UK, Germany, France, Australia and India.  They did not say whether they would continue to roll it out to other countries in the future, but it seems quite likely given this success.